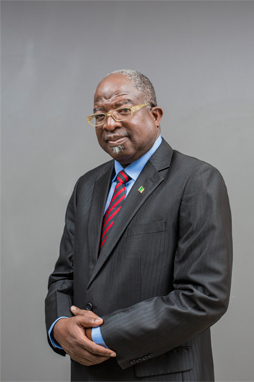 Dr. Chilengwe is highly trained and experienced as a doctor of medicine, a surgeon, a soldier and a manager.

Prior to joining Cavendish University Zambia, Dr. Chilengwe served in several senior positions. From 2012 to 2015 he served as Director for Clinical Care & Diagnostic Services with the Ministry of Health. 2011 to 2013 he served as Director for the Mobile & Emergency Health Services preceded by the position of Executive Director/Senior Medical Superintendent at Chainama Hills College Hospital from 2006 to 2011, during which time he also served as Honorary Lecturer & Chief Executive from 2007. During this period he was the Chairperson for specialist teams which went around the country conducting surgical operations. These teams attended to over 20,000 people and operated on more than 2,000.

Dr. Chilengwe is both a medical doctor and a soldier. From 1991 to 2000 he served in the Zambia Army where he rose to the position of Major. During this period he also served in various positions. In 2000 he served as Battalion Surgeon with the United Nations Mission in Sierra Leone. From 1996 to 1999 he served as Registrar in the Department of Surgery. In 1994 he served as Battalion Medical Officer with the United Nations in Rwanda where his exemplary service was recognized with a prestigious Medal of Service. Dr. Chilengwe served as a Junior Resident Medical Officer at Ndola Central Hospital from 1991 to 1992.

Dr. Chilengwe obtained his Bachelor’s Degree in Human Biology from the University of Zambia in 1988 followed by Bachelor of Medicine, Bachelor of Surgery (MBChB) Degree in 1991. In 1999 he obtained a Master of Medicine Degree (Surgery) from the University of Zambia. In 2004 he undertook Management in International Public Health in Atlanta Georgia.

Dr. Chilengwe’s research interests are in Thyroid disease in Zambia, Health Care access for Rural Population and Health Management. He has published over 10 Conference Refereed papers.